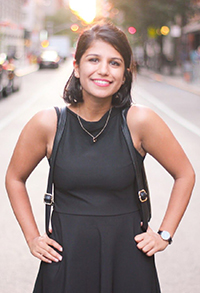 Currently: Currently: MD Candidate at the University of Pittsburgh School of Medicine. Also served as a Coro Fellow in Public Affairs, based in the City of Pittsburgh’s Department of Innovation and Performance working to increase community engagement through digital strategy and support inclusive innovation programming in Pittsburgh.

Reflection: My research courses on Joseph Conrad’s Falk, Charles Dickens’ Bleak House, and my senior seminar course on witchcraft in the early modern period allowed me to explore my own interests via literary and historical texts and gave me the skills to expertly communicate my findings through extended papers, presentations, and finally, the Undergraduate Literature Conference. Having both a science and humanities background gives me a more holistic understanding of the world. I now have the ability to understand different perspectives, cultures, and worlds and critically assess difficult concepts - crucial skills for any good physician. And after taking the MCAT (standardized medical school entrance exam), verbal and logical reasoning were my highest subjects, thanks to my time in the literature department. The skills I have gained as a literature major have helped me work towards a seemingly unrelated career in science and medicine by making me a better communicator, analytical researcher, and an open-minded explorer. 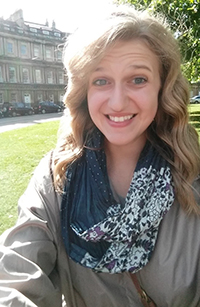 Currently: In the fall, I will begin working toward my Masters of the Arts in Teaching English in secondary education.

Reflection: Finishing my degree in literature at Pitt had been undoubtedly an invaluable experience where I learned how to read critically, enhance my writing capabilities, engage with critical theory, and apply such skills in literature and other subject areas. By offering innumerable opportunities to engage with literature and critical theory in various mediums and contexts, Pitt as equipped me with the knowledge and experience I can apply to my future career as well as my own critical thinking. I was fortunate enough to participate in the Pitt in London Honors study abroad program, where I spent a semester studying Literature in several different historical periods from Old English medieval texts to post-modern literature at the University College of London. There not only did the program challenge my critical thinking abilities, but it also introduced me to the skills required for conducting independent research, a valuable lesson which was further nourished when proceeding to my junior and senior seminar courses. Additionally from analyzing Beyoncé’s Lemonade album in my senior seminar, to at attending a course dedicated to studying Harry Potter, one of the foundational lessons I learned as a literature major at Pitt is how critical theory expands beyond simply the canonical classics and can be applied to multiple platforms which contribute to our culture including literature, film, music, art, and even pop culture. By completing my undergraduate work at Pitt, not only was I able to appreciate the vast genres and historical movements that motivated what we understand as classic literature, but I was also encouraged to explore my own individual interests and use the skills I attained from my courses to further expand my thinking, drawing connections between literary world and other disciplines. 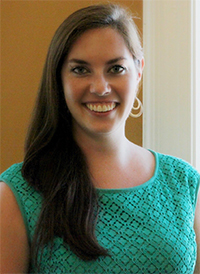 Currently: A Technology Consultant with Accenture Federal Services developing skill-sets in the digital space with a focus on data visualization (design and testing) and analytics.

Reflection: Every client I interact with has an objectives list, sometimes defined and sometimes very inchoate. My role is to lead conversations to define our scope of work, articulate the scope in a common language that all stakeholders agree on, and then carry implementation forward. My degree strengthened my persuasiveness, my ability to communicate complex thoughts/requirements in digestible language-bites, and (above all) to strive for conciseness.

Reflection: I studied English Literature and Philosophy while many of my friends studied chemistry, economics, engineering, or some other very practical, very tangible field. Sometimes I try to list in my mind the things that I learned, but often find the list unsatisfyingly short. I couldn’t tell you how to determine the half-life of a certain element, neither could I explain in detail the factors that led to the market crash in 2008. I could tell you, however, about Neil Gaiman’s contribution to the genre of fantasy or the rantings of an old man that lived thousands of years ago, but these seem insignificant compared to the real life problems of today. The problem, I have found, with this way of thinking is that it measures and compares bits of information rather than the extensive thought processes I have learned to follow and articulate. Studying English Literature at Pitt may have given me a short list of “facts” as compared to certain other areas of study, but while there, I learned how to think, how to understand, how to interact with and see the world. Through my professors and assignments, I learned how to approach and solve any number of problems, even when I have no prior knowledge about the topic. My time as an English major developed my mind in ways that I could never have imagined. Ultimately, it was through my studies and those who helped me along the way that I was able to become the very person that I am. I am confident that because I learned how to think, I can achieve anything. 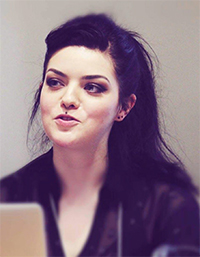 What I’m currently doing: Currently a PhD candidate in the English Department at the University of Pittsburgh.

As an undecided major, I stumbled into the Lit department in the fall of my first year, when I took ENGLIT 0610 (Women & Literature) – and subsequently declared as an Eng Lit major the following semester. Though my initial years at the University of Pittsburgh were very difficult ones for a multitude of personal reasons, and I was not always a “good” student, the literature department ultimately helped me discover my discipline, my specialty within that discipline, and my strengths as a scholar and individual. In the course of my time here, I’ve gone from knowing virtually nothing about literary study, to producing a focused body of interdisciplinary research that will hopefully be taking me on to graduate school.

My areas of scholarly interest include early modern and 19th century British Literature, the gothic, and historical interactions between literature and science. Much of my research has focused on Victorian spiritualism & parapsychology, as well as historical medical theories of contagion.

Shape and pursue unique, individual, or collaborative research projects to give greater depth and breadth to your study.