Lori Campbell-Tanner received M.A. and Doctorate degrees in English at Duquesne University and a B.A. in English at University of Pittsburgh. She teaches and publishes in Nineteenth- and Twentieth-Century Literature and Cultural Studies, particularly in Fantasy, Childhood Studies, Mythology and Folklore Studies, and the Gothic, as well as in Romantic, Victorian, and Modernist Fiction. Dr. Campbell-Tanner is also an academic advisor in the Department of English and Film and Media Studies program.

Dr. Campbell-Tanner’s second book, A Quest of Her Own: Essays on the Female Hero in Modern Fantasy (McFarland and Co., fall 2014) offers a nuanced look at female heroism as it influences and is influenced by the society out of which it is constructed. Dr. Campbell-Tanner’s first book, Portals of Power: Magical Agency and Transformation in Literary Fantasy (McFarland and Co., 2010), expands the portal concept based on the ways in which fantasists use movement between worlds to respond to contemporary real-world power dynamics, especially regarding women and children. Chapters from these books have been reprinted in Children’s Literature Review and Contemporary Literary Criticism.

Dr. Campbell-Tanner has published articles on J.R.R. Tolkien and the child reader, inheritance and resistance in J.K. Rowling’s Harry Potter series, the creative/destructive male gaze in Thomas Hardy’s Wessex novels, and the Woman Question in William Morris’ romances. She has also published introductions to new editions of classic texts by Barnes and Noble, including Peter Pan by J.M. Barrie, Herland and The Yellow Wallpaper by Charlotte Perkins Gilman, The Complete Book of Nonsense by Edward Lear, Flatland by Edwin A. Abbott; and by Race Point Publishing, The Complete Tales of the Brothers Grimm.

In 2005, Dr. Campbell-Tanner started The Fantasy Studies Fellowship, a social and intellectual discussion group open to Pitt undergraduates of all majors who are dedicated to the study and appreciation of the Fantastic. In 2017, Dr. Campbell-Tanner led the group in establishing “Many Worlds, More Voices: Diversity in Fantasy and Science Fiction” as an ongoing series. The first event was a panel on the topic featuring NYTimes Best-selling author of the Shades of Magic trilogy V.E. (Victoria) Schwab. Five years earlier, the group celebrated its tenth anniversary in March 2015 with a conference on “Tolkien and Modern Fantasy” with talks from NYT Bestselling author Laini Taylor and scholar/founding editor of Tolkien Studies journal Michael Drout. The FSF also hosts a series of live online author chats, most recently with Jessica Townsend NYTimes Best-selling author of the Nevermoor series, Kristin Cashore (Graceling) and V.E. Schwab. The FSF meets monthly to discuss books, films, and other media chosen by its members. For more information, contact Dr. Campbell-Tanner at lmc5@pitt.edu. You can request to join the group on Facebook.

Since its debut in 2014, Dr. Campbell-Tanner has served as the Faculty Advisor for Pitt Project Potter, a Harry Potter themed service organization open to Pitt undergraduates of all majors. Learn more and get involved by joining Pitt Project Potter on Facebook: https://www.facebook.com/pittprojectpotter

Dr. Campbell-Tanner is also the Faculty Advisor for the Pitt Quidditch Club, and for Cherry Bomb, a newly created literary magazine run by undergraduates in the Department of English.

J.R.R. Tolkien and the Counterculture (Honors) 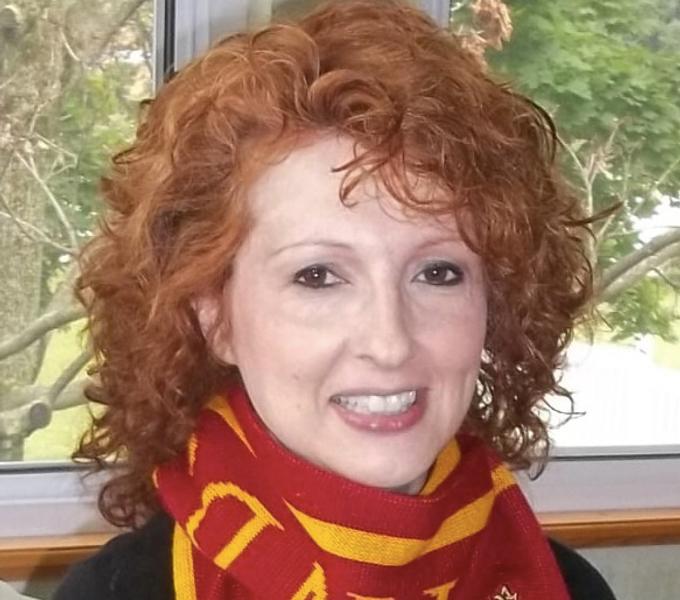